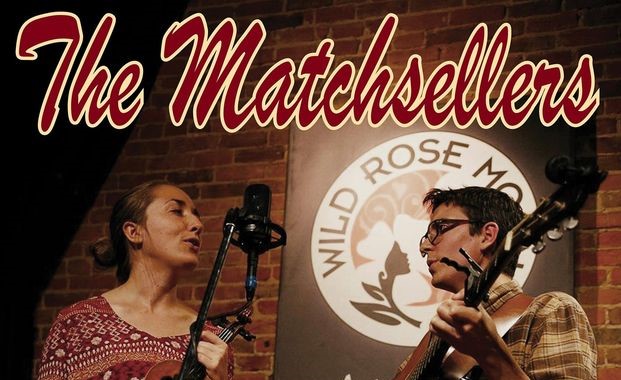 The Matchsellers return to WRM!

The Matchsellers are Andrew Morris and Julie Bates of Kansas City, KS. Their exciting, gritty, and often hilarious stage show has been developed over years of touring across the US and Europe. The two met in 2012 while working as American Cultural Ambassadors in Germany via the Fulbright Program and began exploring traditional American music from abroad. Since then, they have collected influences from various regional styles of American folk music including Bluegrass, Old-Time Fiddle, Hambone, Fiddlesticks, Cajun, Gospel and others. Their work has delved into subjects as academic as “German-American Musical Exchange” and as wild as “Science Fiction Bluegrass”. While a focus on humor and absurdity permeates their show, they are dedicated interpreters of tradition whose excellent musicianship, songwriting and taste are never overshadowed. Whether performing as a duo or with a 4-piece bluegrass outfit, The Matchsellers are true trailblazers of Midwestern Folk and Bluegrass. 8:00 p.m. - 9:30 p.m.